Websites that work for tablets and Smart Phones 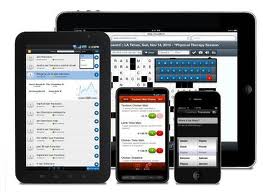 Over the past few years, mobile web usage has considerably increased to the point that web developers and designers can no longer afford to ignore it. In wealthy countries, the shift is being fueled by faster mobile broadband connections and cheaper data service. However, a large increase has also been seen in developing nations where people have skipped over buying PCs and gone straight to mobile.

Unfortunately, the mobile arena introduces a layer of complexity that can be difficult for developers to accommodate. Mobile development is more than cross-browser, it should be cross-platform. Meaning that your website needs to be viewable on tablets, iPhones, Android phones and iPads. In addition to supporting different platforms, each device may use any number of mobile web browsers1. For instance, an Android user could access your site using the native Android browser, or could have also installed Opera Mini or Firefox Mobile. It’s fine as long as the smartphone uses a progressive web browser (and it’s safe to say that most browsers are progressive nowadays), but it doesn’t have to.

The mobile web reintroduces several issues that have been largely ignored in recent years. First, even with 4G networks, bandwidth becomes a serious issue for mobile consumers. Additionally, mobile devices have a significantly reduced screen size, which presents screen real estate issues that have not existed since the days of projection monitors. Combine these issues with cross-platform compatibility problems, and it isn’t hard to see how mobile development is a lot like ‘stepping backwards in time’.